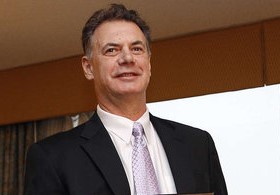 Mario has served as a USBGA board member since 2019. Listed below are the experiences and qualifications that he brings to the organization:

Qualifications:
Mario has served on the board of governors for the Middle Atlantic Blind Golf Association (MABGA) since 2008 and in the capacity of President since 2015. Prior to that, Mario served as Vice President of the MABGA for 4 years.
As President of the MABGA, Mario has increased annual revenue income by more than 250% per year.
Professional Experience
Mario has dedicated the second part of his career to bettering the lives of visually impaired individuals in the New Jersey and Pennsylvania area. He has worked for the Department of Veterans Affairs and the Commission for the Blind for the past 20 years as a Training Consultant. His job responsibilities have included performing computer, iPhone and iPad feasibility studies as well as the evaluation, order processing, installation and training of hundreds of individuals using adaptive computer software and mobile devices.