The United States Blind Golf Association (USBGA) offers a great opportunity for golfers who are blind or vision impaired to play golf with others who have the same or similar vision loss. It has many benefits including: the chance to play golf and travel to spectacular places, meet some very interesting people and have a great time.  We play golf by the USGA Rules of Golf and the Modifications of the Rules of Golf for Golfers with Disabilities. This includes grounding the club in a hazard plus permitting the coach to stand in the line of play while the golfer is executing the shot. The golfers compete with other golfers within their sight classification. The sight classifications include: B-1 no vision, B-2 little usable vision and B-3 better usable vision.  Read more about the rules and playing guidelines in the IBGA Competition Guidelines.

Every golfer has a sighted person to assist them and we call these folks Coaches. The coach gives the golfer course description, gives correct yardages, and helps with club selection and proper alignment.  Read more about How to Play Blind Golf.  You can also read more about the important role coaches play on our Coaches page.

To view a complete list of tournaments for the USBGA, please visit our Events page.

Pay for a Tournament

To pay the entry fee for a USBGA tournament, please use one of the two options below:

2)  Tournament Fees Plus Guest and/or Other Fees Not Listed:

Mail your check made payable to USBGA:

Representing the USBGA at the World Blind Golf Championships last August at the Whittlebury Park CC in England was an amazing experience! 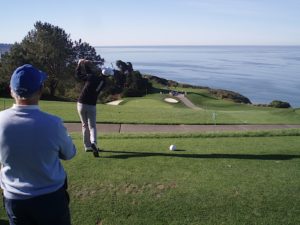 Two years ago I had 20/20 vision and played to a 3 handicap. I’m a student at San Diego State University (SDSU), and in late 2008 I suddenly lost my central vision to Leber’s Hereditary Optic Neuropathy (LHON), a rare genetic disorder. At first I thought I’d never play golf again, but by the spring of 2009 I’d picked up my clubs. I played in a couple of tournaments that summer including the US Nationals, and set one of my goals for 2010 as playing and placing in the World’s.

I was really excited when I was selected to participate, and I practiced a lot with my dad Lionel as my guide. The first day I played a solid round, and was happy to realize I was in the hunt. The second day I was nervous every shot and felt relieved when the round was finally over. But then I found out I had tied with Simon Cookson, a B-3 from England, and we had to go back out for a playoff. It hadn’t rained during the tournament, but while we were heading out for the playoff there was a quick storm which stopped just before we teed off. I could still hear thunder which was scary, but I focused on hitting my tee shot. As Simon and I approached the green, I could tell everyone had come out of the clubhouse to watch the playoff. I was short of the green, and paced out the 19 yards for my chip shot. When I got to the flag I waved to the crowd, figuring I’d never again be in such a cool situation – in a playoff for a world championship! I was nervous but confident when I hit the chip shot. I heard a voice say, “That’s a good chip!” then I heard my dad say, “Get in!” Of course I couldn’t see it, but my dad told me I’d chipped it in. Simon said, “So, this is for the halve?!” He made a nice chip but it didn’t go in, so I was the World Blind Golf Champion!

Competing with 60 men and women with various levels of vision impairment and their guides was an awesome experience. Everyone involved with the International Blind Golf Association was really nice, and I’m looking forward to defending my title in Nova Scotia in 2012!

At the tee, Boswell’s coach, Jug Waldron, his fellow townsman from Birmingham, brought Boswell’s driver firmly and delicately to the ball, with a touch that reminded one of billiards. Boswell, a husky fellow who played three years of varsity football at the University of Alabama, shifted his weight lightly from one foot to the other, flexed his shoulders and swung. The ball sailed 200 yards straight and true down the middle of the fairway. 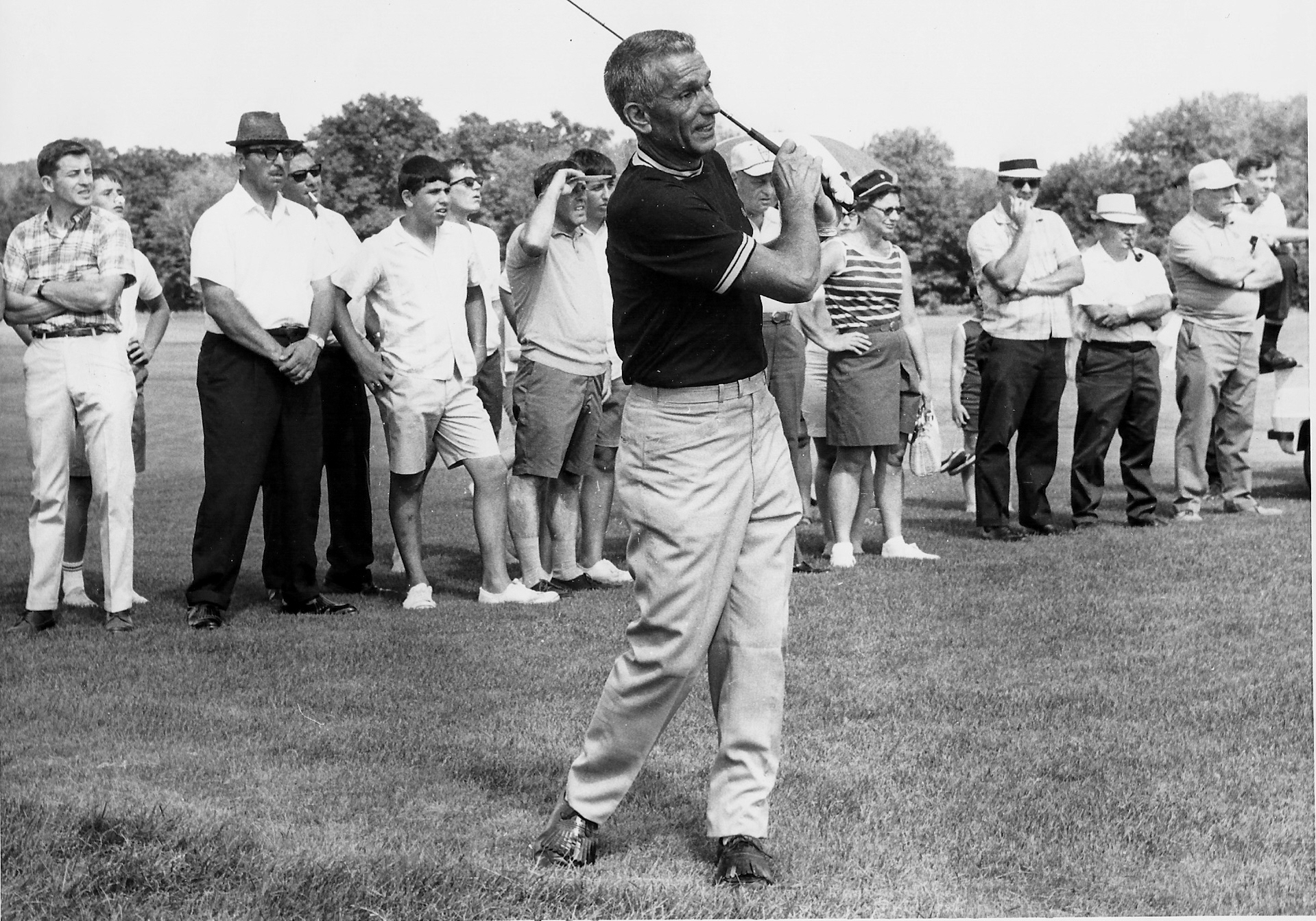 On the greens they played like this: the player stood where he would play his ball, then, guided by his coach, carefully paced the distance to the cup, touched the pin to fix direction in his memory and paced back, the coach placing the putter in his hand and sighting to the cup. Direction was almost always good, distance less so, though Boswell sank one 35-footer.

Moving over the course, the coach held a club under one arm, the player grasping the shaft as a guide. Otherwise, the tournament looked like any other—rigid tournament rules, no concessions, a high competitive spirit, the new Warrington course (opened in June) sweltering beside Neshaminy Creek, the gallery differing only in that it was more vocal. A blind golfer knows how he has done only by the feel of the impact. Again and again the ball skimmed the trees like a bird, the player unaware of it until the gallery burst into applause or let out a groan.

Boswell and Waldron have played together for years. Jack Hayes, the famous White Sox second baseman who lost his sight, a relative newcomer who finished eighth, had played with his coach only a few times before the tournament. Blind golfers say that when perfect coordination between coaches and players is worked out, scores in the high 80s will be possible. Boswell, 10 times national blind champion, won with a total of 200 for 36 holes, 28 better than young Joe Lazaro, a Waltham, Mass. electronics worker who has been giving him tougher competition each year.
Most blind golfers are veterans who learned the game in veterans’ hospitals. Some exceptions: Clint Russell, winner of the first blind tournament in 1948, a retired dairyman who made a fortune in the stock market after he retired; Nick Genovese, a Canadian nightclub singer; Ben Pearlman, a former bookie; Robert Allman, a onetime college wrestling star and radio sports commentator. Regardless of age, they all looked young, standing patiently by with serene, unlined features. Blind golf is pure form, and at its best the tournament looked like a demonstration of the mastery of form; the players graceful and unworried, intent on stance, swing and follow-through, as if no distractions whatever could reach out to them from the sunlit course.